Craig Uhlir is a teacher and performer at iO Theater and The Second City in Chicago. Performing professionally since 1995, he is currently with the comedy troupe Deep Schwa, and performs with Hardcore Parkour at the iO Theater, 1501 North Kingsbury Street in Chicago.

Craig has toured the world including Alaska, Hawaii and Austria with The Second City Touring Company; entertaining the troops with the USO in Afghanistan, Iraq and Kuwait; and with Jim Carlson in Middle Age Comeback. He also performed nightly shows for a few years on the main stage of The Second City Flamingo in Las Vegas. 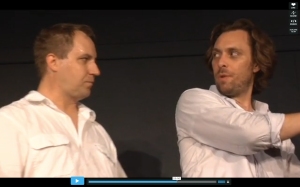